The short answer is that Morrowind is the better game, from a gameplay perspective. But in order to enjoy it, you need to look past a lot of its quirks. It is an older game, so we can forgive it for the dated looks. For the RPG lover, it is worth playing. But Oblivion is beginner-friendly and would always recommend playing it first. This is just a comparison between these two Elder Scrolls games.

Click the below images to purchase the game via Fanatical. 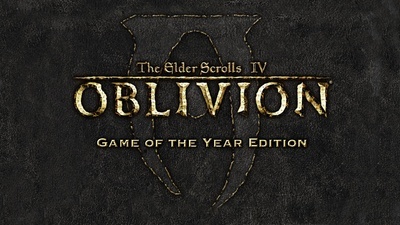 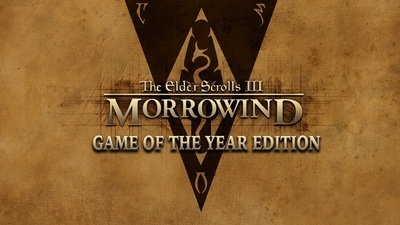 Oblivion easily wins here. Bethesda released Morrowind in 2002. While they released Oblivion in 2006. Over those four years, graphics had made a leap from one generation to the next.

The character models in Oblivion are shinier and more detailed. There are also fewer jagged edges. Morrowind also lacks detailed customisation of the look of your character. Limiting the look to only a few per species and gender. While Oblivion implements sliders for many facial features. Up to where you can make horrid creations. Both can be modded to include more options, but Oblivion certainly wins here.

The environments are also much more detailed in Oblivion with greater variety. Cyrodill has a very lush landscape. Full of forests and flora. The settlements are also varied from city to city. Very few share the same style. Oblivion is nowhere near as detailed. The grass is just a texture on the ground. Most of the environment is arid and it can explain this, with Vvanderfell being on and near an active volcano.

This is where four years don’t make any difference. Audio quality had improved little between the two games. Both have very memorable soundtracks, with Oblivion using a few tracks from Morrowind.

But where the two games differ is the amount of voice acting. Morrowind has very little in the way of voiced dialogue. And few voice actors. Oblivion has under 50,000 lines of voice acting. The size of DVDs only limited this at the time of release and could have had up to 70,000 lines. The NPCs interact with each other, which makes the game feel more lived in.

Finally, Morrowind can hit back. Oblivion simplified a lot of the content of the gameplay of Morrowind. One huge aspect was the magic system. Spells such as water walking and float have gone missing. In Morrowind, there are 140 magical effects. In Oblivion, there are 80 magical effects. This means if you can do the maths, 60 missing. Morrowind makes a magic-user possible as they can do everything non-magical classes can just with magic.

Stamina is a key stat for Morrowind. Your character consumes stamina while running, and when they do any action. For combat, magic and other activities, the stamina you have available affects the chance of a successful action. This can frustrate you if an enemy sneaks up on you while you are running. Darn those Cliff Racers.

This brings me to using your skills. The skills in Morrowind not only affect how effective you are but also the chance of successful completion. So, for magic, the higher the stat, the more likely you are to cast it. When you are attacking an enemy with a melee weapon, you can miss, which is frustrating. Especially if either you or they are near death.

The gameplay is freer in Morrowind. You or other NPCs can kill any NPC. So, if you kill a quest giver, they are gone forever. While in Oblivion, you knock them unconscious. In Morrowind, you can also dispose of corpses, so they aren’t taking up room in the world.

Content-wise, there are heaps more in Morrowind. There are more settlements, more quests, more NPCs and that’s even before you consider both Games’ DLC. With the DLC, Morrowind still wins out. It took me a year to complete all the quests in Oblivion. I’m still trying to complete the quests in Morrowind 15 years later.

Fast travelling is available almost anywhere in Oblivion. But in Morrowind, you need to find transport to fast travel. Which may not be available in the area. This can frustrate you if you are far away from the nearest settlement.

For a complete beginner, Oblivion is far easier in most aspects. When you are given a quest, you are provided with a waypoint on your compass. While in Morrowind, there is no marker, and you must follow the instructions you are given. This makes every word spoken in Morrowind far more important, but luckily it is all recorded in your journal.

As mentioned earlier, Morrowind combat is governed by stats and chance. In Oblivion, your attacks will always connect. But the damage you do is decided by your stat levels and your enemies’. So, it is possible to take on a very difficult enemy and win. While in Morrowind it is near impossible to win.

Now from all the earlier points, it seems that Oblivion is the clear winner. But I would still recommend giving Morrowind a chance. There is so much more content and more exploring to do. If you can get it on PC or Game Pass you can mod it to make it far more enjoyable and add even more to it. Hopefully one day it can be remastered with Skyrim’s combat and Oblivion’s colour palette.