Each bow has a range from the monster in which they do the most damage. Pierce shots have the longest range. While the wide-shot bow types have the shortest range. You don’t need to memorise the distances, as the retinal provides a clear way of knowing if you are in the optimal distance. See below: As long as you keep the retinal in the after image you will be doing maximum damage.

Another important aspect is arrow coatings. There are a total of seven coatings. Not all coatings are compatible with all bows and vice versa. After completing the solo campaign I only found the power coating to be the most useful and versatile. You can either buy the coating or you can create coatings using Empty Phial and Nitroshrooms.

Monster Hunter is all about damage dealing with as little damage receiving as possible. The Bow is the perfect weapon for this especially because of the below combo

Keep doing the last two steps until you run out of stamina then hit A repeatedly to finish off the combo. If you have any Dash or Mega Dash drinks this can make this combo go on forever. 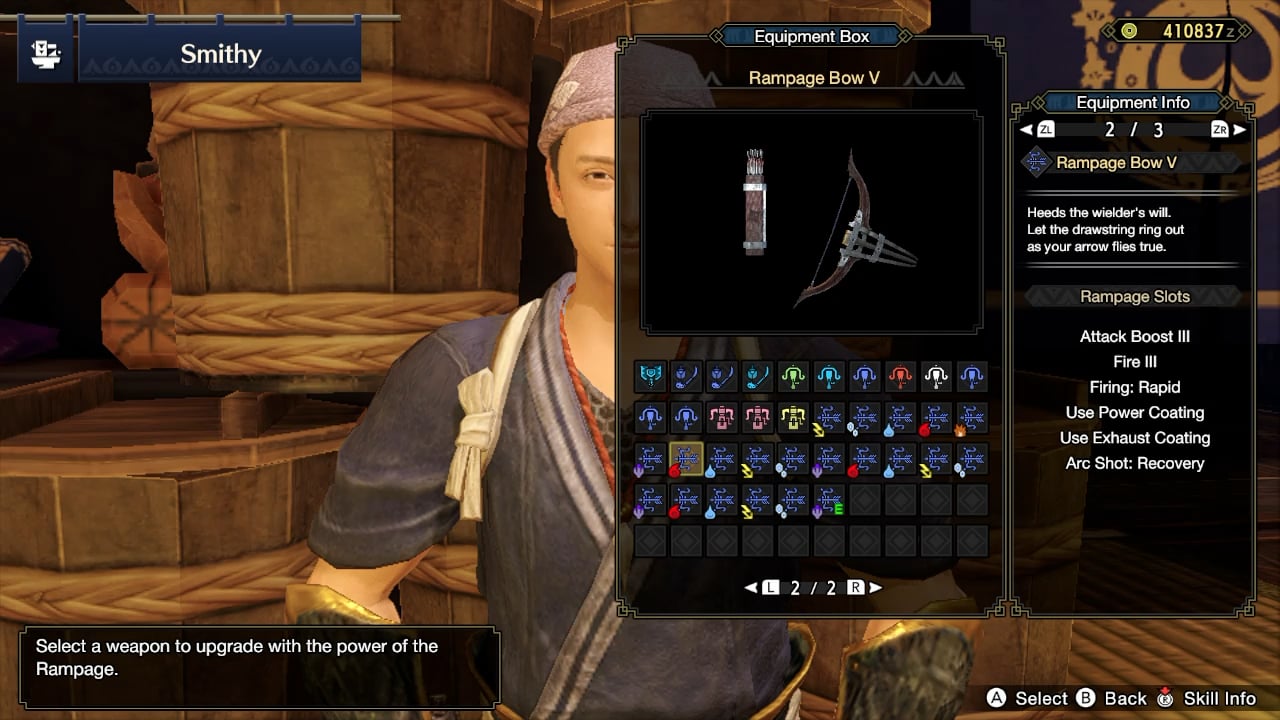 The best bow currently in Monster Hunter Rise is the Rampage Bow V. This is because the bow is highly customisable to suit every occasion. It includes 6 rampage slots which can expand the capability of the bow. Base damage sits at a hefty 200 attack with no elements. It also has the Affinity Arc Shot which can be used to buff your team’s likely hood of scoring critical hits.

I found a great armour set thanks to game8.co. See below: