Persona 4 was released on the PlayStation 2 in Europe in 2008. Persona 4 puts you into the shoes of a Japanese student in high school. Who becomes involved in solving a crime. A few years later Persona 4: Golden was released in 2011 for the PS Vita. An improved version that is perfect for your commute. Below are the differences between the two versions and which one I recommend you play.

Persona 4: Golden, released for the PS Vita and PC. Is an expanded version of the original game. With new social links, Personas, and even a new dungeon for players to sink their teeth into.

If you want an in-depth review of Persona 4: Golden click here.

Persona 4 (The original) was released on the PlayStation 2 during the height of its popularity. So, if you have an old PS2 kicking around. Then you can play this title. As long as you can buy a copy of the game from eBay or other marketplaces.

The prices for this version have recently increased from £10 when I bought it from eBay to £30+. For the content and length of the game, it is still worth the price. Especially compared to many releases today.

The prices for this version have recently increased from £10 when I bought it from eBay to £30+. For the content and length of the game, it is still worth the price. Especially compared to many releases of games today.

Persona 4: Golden was originally released on the PlayStation Vita. It was the perfect partner for the handheld. Unfortunately, the Vita was ahead of its time and didn’t get the support it needed. You can pick up a Vita for around £80 +. While Persona 4: Golden is priced from £20 up to £40.

Persona 4: Golden was released in 2020 onto Steam. Which makes it widely available to gamers. If you pick it up during a sale, you can purchase the game for around £10. It should be able to run on most hardware. So even a laptop should be powerful enough to run it.

In this respect, Persona 4 Golden is the ideal choice as it is more widely available.

Persona 4: Golden comes with added social links for players to unlock. This comes in the form of two characters: Marie and Tohru Adachi.

Marie is a lost soul who lives inside the Velvet room along with its other inhabitants. She has no memory of her life before the Velvet room. Only that, certain parts of the city feel familiar to her. Marie can become a romance partner once her social link reaches rank 9. 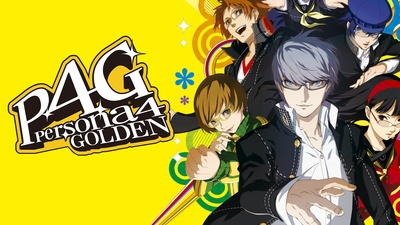 Please note the link will take you to Fanatical, should you purchase this game I’ll receive a small commission.

Tohru Adachi is the partner of your detective uncle. He has the most unique social link as he is often hard to track down. As well as having several branches to his social link. He is an odd guy who seems very unsure of himself. With your uncle continually knocking him down.

Persona 4: Golden introduces new Personas. It also means that each party member now has access to the third form of their Persona. Which can be unlocked by Maxing out their social link.

There are two new Persona types, Jester and Aeon. This brings 19 extra Personas in total. These are linked with the two new social links. With two Aeons only being accessible if you max out the relevant social link.

This results in Persona 4: Golden having more than 150 Personas for the player to discover. Luckily you can only have 12 at a time maximum. So, there is no need to unlock them all. Unless you’re a completionist.

For those who have completed the base game and are looking for an extra challenge, there is a new dungeon called The Hollow Forest. This can only be unlocked by maximizing Marie’s social link before December.

This dungeon is unique. When entering the dungeon, you lose all items in your inventory. And access to only basic armour and weaponry. Items and better equipment must be procured on-site. No need to worry however, your items return when you leave the dungeon.

Characters also lose half their total SP after every battle. Which ramps up the difficulty even more than it was already. So, it is a must to skip battles as much as you can. While also trying to get as many restorative items as possible.

Because of its unique nature. The Hollow Forest is difficult to grind for experience especially considering that there are other dungeons that reap more Exp and are less random with the monsters that you battle.

On top of the new dungeon. The player also has access to new areas in the real world. The main character can learn to ride a motorized scooter. After plenty of practice allows the player to explore these areas.

There are other small changes which are listed below:

· Voice of the People: This allows you to see what decisions other players made in your current position.

· SOS, allows the player to call for help from other players. Which results in a very small amount of health and SP.

· Scene skipping. Which is very helpful if you die after a long cutscene.

· Changes to the other endings.

Persona 4: Golden the Ultimate Way to Enjoy the Game

Persona 4: Golden is the best way to enjoy the game. It has so many extras that it makes the original game obsolete. It was my first introduction to the Persona Series. And will forever be my favourite installment.

Atlus always ups its game when it comes to making an upgraded version of a Persona game. This can be seen with Persona 3: Portable and Persona 5 Royal. I would recommend anyone to play it if they haven’t already.