I’ve been doing a lot of sim racing. And sometimes you need to slow down. Anno 1404 is a real-time strategy game that was released back in 2009. It is also known as the Age of Discovery in North America. It was developed and published by Ubisoft, famed for its Far Cry and Assassin Creed series. (Click the below image to purchase from Fanatical) 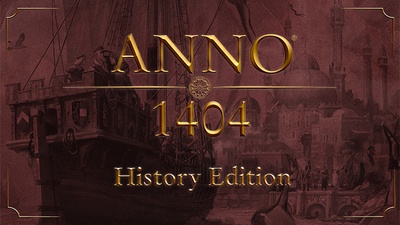 There are three different game modes to choose from:

There are also player scenarios that once upon a time you could download. However, the website has since been shut down so you can longer download them directly from Ubisoft. But, if you scour the internet I’m sure you can find some more.

The continuous game mode is quite straightforward with no end goal. It is purely up to the player when they call it quits. With the amount of content in the base game, it can take a while before you run out of things to do.

Campaign mode follows the story of you a new noble, trying to make their name for themselves. While uncovering secret plots of other nobles wanting to use politics to benefit themselves. It’s an enjoyable plot line and is always the first mode I select when booting up the game. It also acts as a tutorial in explaining how the game works.

Finally, Scenarios are games where you have a set goal. It runs like Continous except you have a goal and you may have other nobles in the area to either trade with or go to war with.

At the start, you will attract peasants from the poorest class. Fulfill their every need and they will be promoted to citizens. Once you hit a specific population mark for each class, you gain access to more buildings.

When you unlock a new class you are then given the blueprints to build their respective buildings. Then you hit a population milestone and you unlock more of their buildings.

One of the great aspects of this game is that there is no build time. You pick the building you want and it instantly appears. The only waiting around you do is get the resources needed to build. It may be unrealistic but it is a great quality of life mechanic.

You can then build ships that can explore the map. Meet other settlers, and either trade with them or go to war with them. Certain settlers will give you land to build their respective buildings which can be used to process materials into items that your settlers want and need before they advance to the next class level. Which gives the game a bit of variety if you get bored of the default settlers.

The difference with these other buildings is that to unlock more, you have to build your reputation with their respective leader. They will then award you with the right to build more buildings as long as you have enough population of their people in your settlements.

Even in 2022, the game looks beautiful. There are no ugly jagged edges. The leader cutscenes are very well rendered. The building details still hold up today. Compared to real-time strategy games released today it isn’t far behind and that is amazing considering Anno 1404 is over 10 years old.

Anno 1404 is a great real-time strategy game. It focuses more on the trading than the combat aspects which is great especially when you want a more relaxing game. The graphics still hold up really well and the gameplay is also up there. Anno 1404 gets a respectable 8/10

Lots of buildings to unlock and build

More focus on trading than warfare

Online play is no longer an option